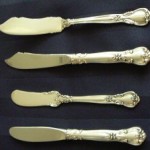 One of the biggest surprises I discovered while researching my book, Citizen Canine, was that pets are considered property, at least in the eyes of the law. This probably comes as a shock to most pet owners too. In America alone, we spend more than $60 billion a year on food, care, and comfort for our furry companions; we let our pets sleep in our beds; we risk our lives for them. More than 90% of owners consider their cats and dogs members of the family; a mere 1% regard them them as pieces of property. Yet the law, as it has for more than a century, classifies pets no different than a couch or a toaster.

To see how this plays out in court, one need look no further than a recent ruling by a Canadian judge in a divorce case. The wife argued for custody of the couple’s three dogs, with some visitation rights for her future ex-husband. In essence, she wanted the judge to treat their pets like children. The judge would have none of it, according to a story that appeared yesterday in The Washington Post. In a 15-page ruling, he stated that while dogs were “wonderful creatures”, they are not the same as kids. “A dog is a dog,” he wrote. “At law it is property, a domesticated animal that is owned. At law it enjoys no familial rights.” Granting visitation rights to a dog’s owner, he said, would be akin to granting visitation for butter knives.

The problem is, most owners don’t view their pets like butter knives, as is clear from this video the Post produced.

Some judges agree with these owners. Over the past couple of decades, there have been numerous cases where a court was willing to consider a companion animal more important than a piece of property. There have been custody cases—even between roommates—where judges have considered the “best interests” of the pet when deciding which home it should go to. Owners of slain animals have been awarded tens of thousands of dollars in “emotional distress” damages when their cat or dog is killed, even if the market value of the animal is negligible. And felony anti-cruelty laws in all fifty U.S. states impose fines of up to $125,000 and 10 years in jail for animal cruelty, especially cruelty against cats and dogs. No one’s going to lock you up for kicking your toaster.

Yet there are downsides to treating pets like people. Veterinarians are concerned about being sued for malpractice like human doctors are. Scientists and farmers worry that legal rights for pets could bleed over to cows and lab mice. And even owners could face a downside, potentially being legally required to provide veterinary care for their companion animals or to exercise them on a prescribed basis.

Whatever happens, custody cases like the one the Post reported on are likely to become more common. As people increasingly see their pets as children, they will increasingly fight for their value in the courtroom.  And the law may soon have to decide whether pets are truly pieces of property, or something else entirely.

What are your thoughts? Should cats and dogs be legally classified as property, or would you rather them be seen as something like children in the eyes of the court? Let me know in the comments!