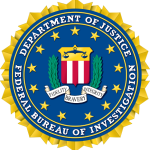 For the first time, the FBI will track animal cruelty the same way it tracks other crimes like homicides. The move is the latest example of the evolving status of animals—especially cats and dogs—in our society. But what prompted the FBI’s decision, and how does it change law enforcement’s approach to animal abuse? Here’s everything you need to know:

What was the FBI’s previous approach to animal cruelty?

Animal cruelty is a felony in all 50 states. (South Dakota, the last holdout, strengthened its laws in 2014.) Penalties can be up to $125,000 in fines and 10 years in prison. Yet until now, the FBI didn’t keep specific tabs on these crimes, lumping them into a catch-all category of “other”. Because of this, the agency didn’t have good stats on how dogfighting, for example, varied from state to state, or how often animal cruelty was associated with other crimes like gun violence or domestic abuse. The FBI also couldn’t track the overall question of whether animal abuse was on the rise or decline in the U.S., according to The Washington Post.

What meets the FBI’s definition of “animal cruelty”?

The FBI, according to the Post, defines cruelty to animals as: “Intentionally, knowingly, or recklessly taking an action that mistreats or kills any animal without just cause, such as torturing, tormenting, mutilation, maiming, poisoning, or abandonment.” The agency has created four categories of animal abuse: Neglect (which could include starvation, leaving an animal chained up or in the cold, or perhaps even not providing necessary medical care), intentional abuse and torture, organized abuse (ex. dog fighting), and bestiality.

Why did the agency make this move?

In many ways, the FBI’s decision has been more than a century in the making. In 1866, the American Society for the Prevention of Cruelty to Animals (ASPCA) became America’s first animal protection organization. The ASPCA put the nation’s first effective animal welfare law on the books, making animal cruelty a misdemeanor in New York and dragging animal abusers (people who whipped their horses bloody or packed calves too tightly in butcher’s carts) to court for the first time. In the mid-1980s, the Humane Society of the United States began pushing for felony laws against animal cruelty, citing a growing body of scientific literature that pointed to a strong link between animal abuse and human abuse. Most serial killers got their start by torturing animals, for example, and people who abuse animals are five times more likely to commit violent crimes against people. That’s why both the National Sheriffs’ Association and the Animal Welfare Institute pressured the FBI to make its change.

And, of course, there is the fact that the public has become more sensitive to animal issues over the past couple of decades. Voters have passed tougher factory farming legislation across the country, SeaWorld attendance is declining because of the Blackfish scandal, and—most importantly, as I cover in Citizen Canine—we’ve embraced cats and dogs as family members both in our homes and in the eyes of the law. Quite simply, the public expects the FBI to take animal cruelty seriously.

What does the change mean in practice?

The FBI will now recognize animal abuse as its own category of crime—and as a Group A offense, which also includes arson, assault, and homicide. The data should allow the agency to better track, prevent, and punish animal abuse. And because animal abusers often commit other crimes, from domestic violence to murder, the FBI should have an easier time tracking and prosecuting a variety of violent criminals.

“Picture a state with a lot of red dots which represent animal cruelty,” Mary Lou Randour, senior advisor for animal cruelty programs at the Animal Welfare Institute, told The Christian Science Monitor.  “There are also lots of other dots representing other forms of violence. When they are co-occurring, the area is even more dangerous and you can focus your resources on those places.”