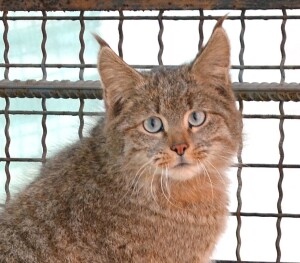 Unlike the ongoing mystery of where and when dogs arose, the history of cats is a less convoluted affair. Most scholars agree–based on both archaeological and genetic evidence–that domestic cats likely arose in the Middle East some 10,000 years ago.

Still, there have been hints that the cat story may not be as simple as it seems. In 2016, scientists reported evidence of a possible second domestication of cats–one that took place thousands of years later in China. Unlike the first cats, which descend from the African wildcat, these Asian kitties appear to have evolved from the leopard cat. Whatever happened, they didn’t last long; there’s no trace of them in today’s housecats. But the study did raise the intriguing possibility that cats may have been independently domesticated in Asia, as some argue happened with dogs.

If the new study does have anything to say about domestic cats it’s that they may pose a threat to local wildcats. If domestic cat DNA begins to show up in the DNA of the Chinese mountain cat–an animal already considered vulnerable because of its low numbers and threats from humans–it could corrupt the genome of this unique creature, eventually scrubbing it from existence. A similar situation played out with the Scottish wildcat, which some now consider “functionally extinct” due to interbreeding with domestic cats.

Efforts are underway to save the Chinse mountain cats. But it remains to be seen if these felines will stand the test of time.