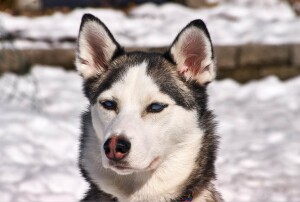 Given our deep and enduring relationship with dogs, it’s remarkable that scientists still don’t know where our canine pals came from, or when they arose. Researchers have speculated that dogs evolved everywhere from Southeast Asia to the Middle East, and that they may even have been domesticated more than once.

Now scientists are proposing a new time and place: Northeast Siberia, around 23,000 years ago. The work is based on mitochondrial DNA recovered from ancient dogs, which the researchers then compared to DNA from ancient humans. Where the patterns matched, the team was able to reconstruct the history of dogs all the way–possibly–to the beginning.

The study resolves several mysteries around doggy origins. Not only does it give a putative time and place, it also helps explain why dogs seem to appear in Europe and the Americas around the same time–15,000 years ago–which has led some to propose multiple domestications. The idea is that a group of people known as the Ancient North Siberians domesticated dogs and then traded them to people traveling both east and west. These animals would have been invaluable as hunters, guardians, and–perhaps most importantly–sled dogs, helping people travel vast distances and carry heavy kills back to camp.

The study also addresses another big canine conundrum: How dogs were domesticated in the first place. The prevailing idea has been that gray wolves inched closer and closer to human campsites to scavenge food, with the least timid ones evolving—over hundreds or thousands of years—into the gentle pups we know today. But the scenario doesn’t work if humans are traveling so far and wide that they’re always encountering different populations of wolves. It just so happens that the Ancient North Siberians were stuck in northeastern Siberia for thousands of years, because the harsh climate of the last Ice Age prevented them from traveling too far east or west. That may have given these humans time to turn the wolf into the dog–or for wolves to turn themselves into dogs, as many believe that dogs self-domesticated.

This isn’t likely to be the last word on where dogs came from. But for now, it’s an intriguing piece of the puzzle.