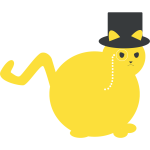 Image by teeveesee from Pixabay

In my book, Citizen Canine, I detail how cats and dogs rose from wild animals to the most valued creatures on earth. Some new stats are backing up that lofty status, thanks to an informative article in The Economist. Here are some of the biggest takeaways: