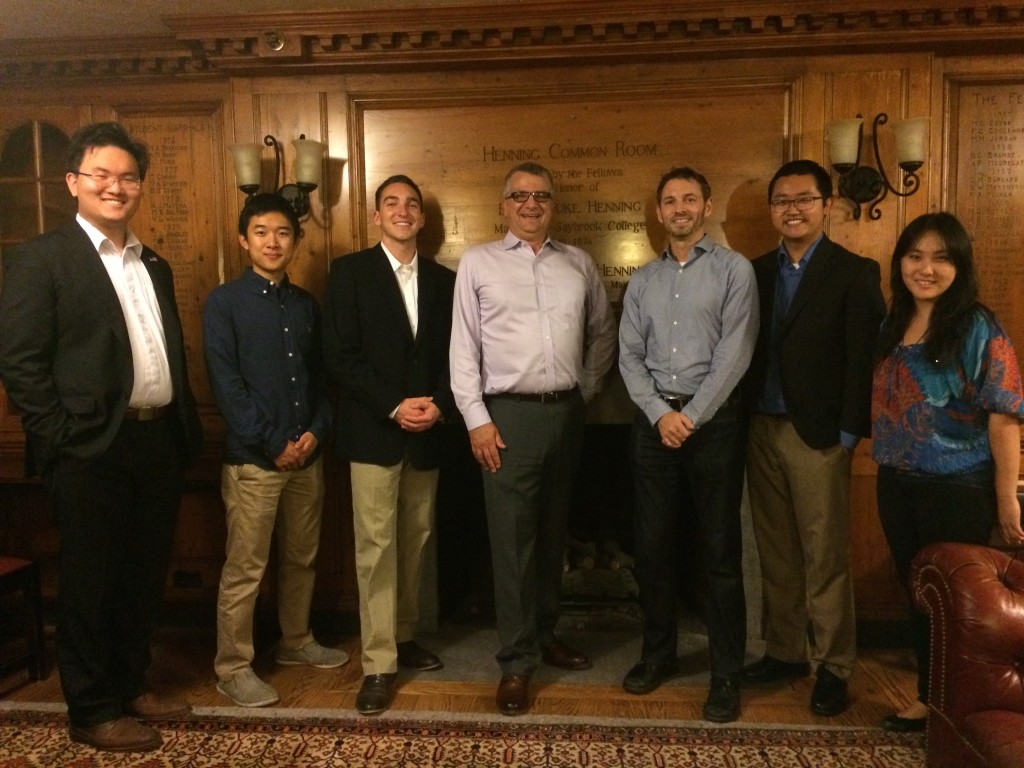 One of the most stressful and important times in a scientist’s career isn’t always awaiting the results of a new experiment—it’s a call from a journalist. Should you agree to the interview? What should you say? And how can you possibly distill months—or years—of research into a few minutes on the phone?

And for journalists just starting out as science writers, the challenges are equally great. How do you write about a scientist’s work so that average readers can understand it, while still being accurate?

In September, I was honored to give a Poynter talk at Yale University on these very topics. The presentation was culled from my years of experience as a journalist at Science Magazine and my role as a professor of science communication at Johns Hopkins University. But it also drew from my own time as a scientist, earning a PhD at the very university I was speaking at. I hope the following tips will be useful for scientists and science writers—not just for news stories, but for grants, cover letters, and even conversations at parties.

In a world where scientific facts are disputed, mangled, and politicized, it’s important that scientists and journalists talk to each other. Scientists, you owe it to the public to explain the importance of your research, especially if it’s supported by tax dollars. And journalists, you owe it to your readers to communicate this research clearly and accurately. So how do you do this?

This may seem like obvious advice, but even when given it, scientists tend to fall back on the way they’re used to talking. They say “olfaction” instead of “smell”. They write that an object “experienced difficulty maintaining a vertical orientation” instead of “it fell down”. And they generally use words and phrases that sound like they came from a textbook—not a human being. Journalists fall into these traps too, especially if they trained as a scientist.

The solution? Envision a friend or relative with an interest in science, but no scientific background. I like to think of my grandmother. She’s interested in new discoveries, but it’s been decades since she learned any science in school. How would I explain a complex scientific concept to her without losing her in jargon and academic speak? If I can communicate clearly and effectively to her, I can communicate with anyone.

The best way to get someone to understand your research—or the research you’re writing about–is to help them visualize it. If you can create an image in their mind, they’re more likely to comprehend the work and, even better, be compelled by it. To do this, use specific details and avoid vague adjectives. Don’t say “We created a relaxing environment in the lab.” What does “relaxing” mean? Your audience has no mental image. Instead, say “We dimmed the lights, provided a soft couch, and played classical music at low volume.” Similarly, don’t write that an asteroid was “large and oddly shaped”. Write that “the massive space rock carried the heft a battleship and looked like two ashen golf balls fused together”. Now your audience has a mental image!

A good analogy can make the difference between confusion and comprehension. If you want to convey a complex topic, find a way to link it to a simple concept most people are familiar with. Tumor suppressor genes are tricky, but not if you take them to the nightclub, as this story did: “The p53 gene, in its normal and intact state, plays the bouncer inside the velvet rope of a cell, mindful of the slightest aberrant behavior, such as the unchecked replication typical of cancer cells.” Same goes for atomic bonding, as this article demonstrates: “If chemicals were people, uranium dioxide would be the guy standing alone with his drink at a party. The world’s most commonly used radioactive substance–and its heaviest natural element–clutches its two oxygen atoms so tightly, it almost never reacts with other compounds.”

Given the amount of work scientists put into every study, it can be tempting to want to talk about every experiment in great detail. But journalists don’t have time for that, and neither does your lay audience. So how can you be concise, while still doing justice to the research?

Take a step back, and only focus on the experiments that tell the main thrust of the story the study is trying to convey. In my experience, you can eliminate anywhere from a quarter to a half of the experiments, either because they are confirmatory, redundant, or tangential to the main point of the research. See how many you can cut, while still being able to tell the main story you want to tell. And, with the ones that are left, only focus on the major details of the experiment–the ones that lead to the biggest, most compelling findings.

Don’t forget the “So what?”

No research occurs in a vacuum, and every study–even the most basic and incremental–has an ultimate application. Could the work eventually lead to a new cancer drug? Could it help us understand how the solar system formed? Whatever the implications of the work are–no matter how far off they are–keep them in mind when you’re talking to journalists and lay audiences. They’ll want to know. It’s ok to be cautious and say that the applications could be years down the line, if they come to fruition at all, but don’t forget that every good story needs a hook–and the hook is usually the “so what?”

The best way to break research down into simple, digestible components is to ask yourself five questions:

“What do we know?” and “What don’t we know?” are your background and your mystery: What was known in the field before the study began, and what big question is trying to be answered? Did we know that the moon had water in its past, but we didn’t know when? Did we know where a gene was located, but not what it did?

Scientists, don’t be shy about extolling the virtues and potential applications of your work. That’s why we call you in the first place. But don’t overhype your work or promise unrealistic applications.

Journalists, don’t be shy about calling a source back if you didn’t understand something the first time around. Accuracy—even more than good writing—is key.

Scientists, if you’re wary about the way your research will be reported, do your homework on the journalist. Are they known for writing fair and balanced stories? Or do they tend to sensationalize and misreport findings? And be clear about your concerns up front during the interview.

Multimedia can put a story over the top, especially if the study lends itself to audio, video, or stunning images. Scientists, be prepared to share materials, or at least to direct a journalist to a good place to find them. And journalists, be sure to ask for them.