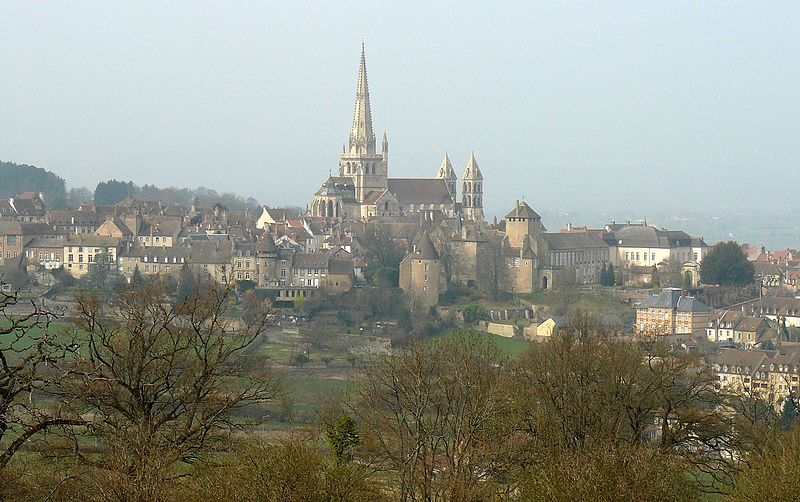 Scene of the crime: The French town of Autun. (Credit: Wikimedia Commons)

The rats had come to Autun. Two centuries after their brethren invaded Bordeaux, spreading the Black Death that would eventually kill millions of Europeans, the rodents descended on a medieval town 350 miles to the northwest. Autun had been built on the ruins of a Roman city; its surrounding wall and churches bore the stones of the ancient empire, and the sharp spire of its cathedral pierced the sky, towering for miles over rolling countryside. Unlike their predecessors, the rats hadn’t come to spread disease—they’d come to destroy crops. As they multiplied in the barley fields, the townsfolk became increasingly anxious. The rodents were on the verge of causing a famine. All attempts to exterminate them failed. So in 1522, residents turned to the only option they had left: They put the rats on trial. They took their case to the town magistrate, who relayed it to the bishop’s vicar, who ordered the animals to appear in court. The vicar also appointed one of France’s rising legal stars to defend them, a Burgandy-born jurist named Bartholomew Chassenée.

Chassenée was no fool. He knew he was fighting an uphill battle. The power of the Church was supreme, and the voracious rodents didn’t exactly make sympathetic defendants. So he did his best to delay and derail the trial. He argued, for example, that the rats were too spread out to have heard the summons. In response, the vicar asked every church in every parish harboring the animals to publicize the trial. When the rodents still didn’t show, Chassenée claimed that their journey to Autun was too dangerous: not only would they have to travel vast distances to reach the town, they’d need to avoid the watchful eyes and sharp claws of their mortal enemy, the cat. Surely the vicar was aware, he said, that defendants could refuse to appear at trial if they feared for their own safety. When that didn’t work, Chassenée appealed to the court’s sense of humanity: It wasn’t fair to punish all rats for the crimes of a few. “What can be more unjust than these general proscriptions,” he asked, “which destroy indiscriminately those whom tender years or infirmity render equally incapable of offending?” The vicar, whether moved by Chassenée’s words or simply exhausted by his objections, adjourned the proceedings indefinitely.

Autun’s trial of the rats was not a one-off historical curiosity. Europeans had been taking animals to court for centuries. The earliest case dates back to 824, when an ecclesiastical judge excommunicated a group of moles in Italy’s Aosta Valley. Centuries of trials followed. In 1314, a French court sentenced a bull to hang for goring a man with his horn. In 1575, the Parisian parliament sent a donkey to the stake for having sexual relations with a man. And in 1864, a Slovenian pig was tried and executed for biting the ears off a one-year-old infant. In hundreds, perhaps thousands, of proceedings throughout the continent, animals were treated just like human defendants. The courts appointed them lawyers, heard testimony from witnesses, and considered the possibility of pardon or parole. Even the punishments were surprisingly human—though that usually wasn’t a good thing. Some creatures were drawn and quartered. Others were stoned to death. And still others were tied to the rack, their cries a form of confession. Due process for animals was so highly valued that when a hangman in Germany took matters into his own hands before the trial of a sow had commenced, he was permanently banished from his village.

What was the point of these trials? 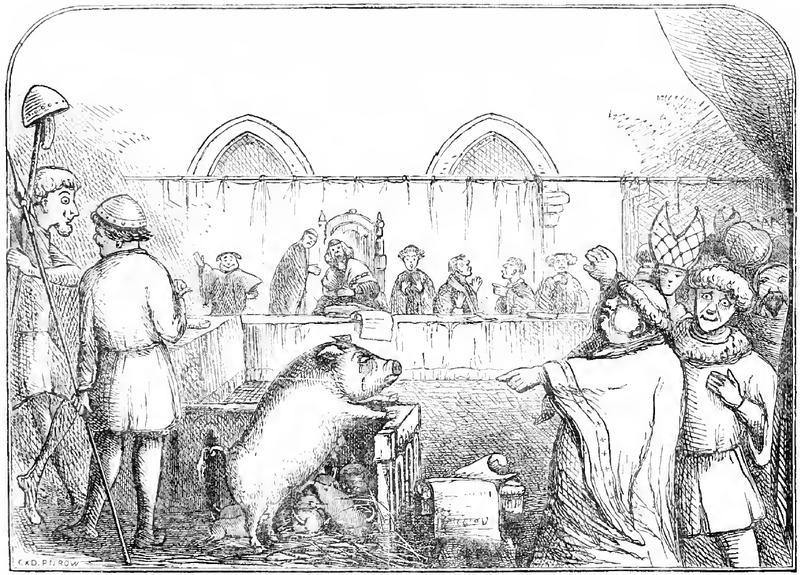 Odor in the court: The 1457 trial of a sow in Lavegny, France, on a charge killing a child.

Scholars disagree. Some say they were merely a way to dispatch troublesome animals. But why then all the pomp and circumstance? Why not just run a sword through them and be done with it? Others say the proceedings were an attempt to impose order on an increasingly chaotic world—a means to assert man’s god-given dominion over often unpredictable creatures during a time when we were living in closer quarters with them than at any point in our history. By giving animals a trial, we ascribed them rational thought, and thus we were able to make better sense of their actions. And still others claim that our forbearers simply made less of a distinction between man and beast than we do today, at least for legal purposes. Animals were given human trials because they had human standing in a court of law.

That may seem like a far-out concept, but some argue it’s still happening today. Take the case of a Japanese Akita named Taro. After the dog bit the lip of a 10-year-old New Jersey girl in 1991, police seized him and judge ordered him destroyed. Taro’s owners appealed to a higher court, while the canine, incarcerated at a county sheriff’s office, awaited execution. Newspapers dubbed him the “death row dog”. In 1994, after more than $100,000 had been spent on the case, the state’s new governor—acting on a campaign promise—pardoned the pooch. A few years later, a Portsmouth, New Hampshire judge, in a modern version of excommunication, ordered a Labrador mix named Prince to vacate the city after killing a rooster. And when it comes to dogs in the courtroom, no canine beats today’s defendant du jour: the pit bull. Thanks to breed-specific legislation throughout the country, the dogs are being tried and executed in record numbers, sometimes simply for being pit bulls.

Even Bartholomew Chassenée has his modern-day counterparts. Lawyers are increasingly defending dogs across the country. New York attorney Richard Rosenthal, for one, has argued more than 70 cases since 2009, the majority of them involving pit bulls. “Judges are increasingly recognizing a dog’s right to his own council,” he told me. “We even had a judge in Virginia grant a dog bail.”

Chassenée made his reputation with the Autun rat trial. He eventually became the first president of the Parliament of Paris and a major player in the development of sixteenth-century French legal thought. He even continued to defend maligned groups, sparing a family of peasants from being burned alive when the Church accused them of heresy. Chassenée died in 1541, the victim, it is said, of a poisoned bouquet. But his spirit lives on in the lawyers who defend animals today—the ones who stand up for dogs in a court of law.