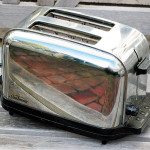 “Dogs Are People, Too”. So ran the headline of a New York Times op-ed over the weekend. The piece, written by Emory University neuroscientist Gregory Berns, argued that because dogs experience some of the same emotions we do (as evinced by some preliminary MRI studies Burns and a friend carried out on canine brain activity), they should be granted rights and “a sort of limited personhood”. The National Review shot back with its own editorial, arguing that personhood for dogs is a threat to human exceptionalism and that it would effectively turn pets into slaves.

What exactly is pet personhood, and how could it impact the relationship between you and your cat or dog? I cover this topic in my new book, CITIZEN CANINE: Our Evolving Relationship with Cats and Dogs, to be published this spring by PublicAffairs. In the meantime, here’s everything you need to know:

What is the current legal status of pets?

We may view our cats and dogs as friends, family, and even virtual children, but that’s not how the law sees them. Ever since the early 1900s, American pets have had the legal status of property. That means that, in the eyes of the law, they are technically no different than a couch or a toaster. This status itself is an upgrade. Prior to the twentieth century, cats and dogs were considered valueless objects that didn’t even warrant the meager legal designation of property. They could be stolen and killed without repercussion.

So my dog is a toaster?

Well, not exactly. Even though pets are legally property, lawmakers have begun to recognize that they are not the same as inanimate objects. Take anti-cruelty legislation. Nearly every U.S. state has felony abuse laws on its books, imposing fines of up to $125,000 and 10 years in prison for anyone who harms a dog or cat. (No one’s going to throw you in jail for harming your couch.) On the federal level, Congress passed the PETS Act in the wake of Hurricane Katrina, which impels rescue agencies to rescue pets as well as people during natural disasters. And in the courtroom, judges have begun awarding damages for mental suffering and loss of companionship to the owners of slain pets—legal claims typically reserved for the death of a spouse or child. Courts have also considered the “best interests” of dogs and cats in custody cases, treating them like the children of divorcing parents. All of these developments, some legal scholars have argued, have granted cats and dogs rights (the right to be free from abuse, the right to have their interests considered in a custody battle) not available to any other type of property.

Does that mean my cat is becoming a legal person?

It depends who you ask. Personhood doesn’t come easy. American blacks were considered property for centuries; it took the Civil War for them to attain legal personhood. Even most advocates for animal personhood don’t think that pets are anywhere close to this sort of paradigm shift. But some say dogs and cats may be inching towards personhood—that a felony abuse law here and custody case there may eventually lead a lawmaker to declare that pets are no longer property. Even then, it could take decades for our companion animals to be embraced as persons by the entire legal system.

What’s all this business about pets becoming slaves?

Personhood is a double-edged sword. On the one hand, it would grant pets unprecedented protections in the legal system. They would have the right to adequate medical care, the right to be removed from an abusive home, and the right to be kept out of puppy mills. But these rights would also impose new duties on owners, who would no longer be owners, but guardians. If pets are people, guardians could be treated like the parents of human children, being fined or having their animals taken away by a sort-of Pet Protective Services if they don’t walk their dog enough or spring for their cat’s chemotherapy. What’s more, dogs and cats with rights could sue people. A cat could sue his owners for the emotional distress of not being let outside; a dog could sue her veterinarian for medical malpractice. Pets could also be sued. (Think about that the next time your dog poops on someone’s lawn.) And finally, pets that are people can’t be neutered against their will; they also can’t be bought or sold—that would make them slaves.

Is there a happy medium?

Some legal scholars have argued that lawmakers should create a new legal status for pets, one that would acknowledge that they aren’t the same as toasters, but not quite people either. One of the most prominent advocates for this approach is Michigan State University College of Law professor David Favre, who has proposed a new legal status called “living property”. The designation would technically keep animals in the property status, but it would allow them to accumulate a number of rights typically afforded to people, such as the right to be free from abuse and the right to be adopted rather than bought or sold. In essence, pets would be treated much like human children.

What do you think?

Should cats and dogs remain property? Should they be granted legal personhood? How do you view your relationship with your own pet? Let me know in the comments section!