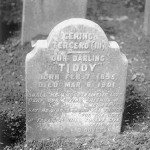 In October of 1859, a white Maltese mix named Nero was run over by a cart on a West London street. The dog suffered for months before his owner, the notable Scottish letter writer Jane Welsh Carlyle, could bring herself to have him put to sleep. “I grieve for him as if he had been my little human child,” she wrote a friend. In her note, Carlyle spoke of her “belief in the immortality of animal life” and of her desire to know if she would see Nero again in the hereafter. “What is become of that little beautiful, graceful Life?”

That’s a question a lot of pet owners were beginning to ask at the time. For only if dogs and cats had souls could they evolve from mere companions to family members—a transformation that would eventually set them on the road to personhood.

Carlyle lived in the Victorian era, a period that marked a dramatic rebound in the status of cats and dogs. Though both pets had once been highly revered—cats in Ancient Egypt, dogs in Ancient Rome—the Middle Ages had taken its toll. Back then, the animals were blamed for spreading death and disease, and thousands were slaughtered. Cats in particular were vilified. In 1233, Pope Gregory IX issued his Vox in Rama proclamation, which linked felines with the devil, and for centuries cats were thrown into bonfires and tortured as allies of witches and incarnations of Satan. Dogs fared slightly better, though in the seventeenth century they became popular subjects of vivisection. Early practitioners, including the famed French philosopher Rene Descartes, had no compunction about dissecting them alive. Animals were mere machines, he said, devoid of thought and emotion. Once revered as gods, dogs and cats had been robbed of their souls.

By the mid 1800s, however, thanks to the Victorian era’s ideals of kindness and sentimentality, cats and dogs had clawed their way back into the human heart. More attention and love was lavished on them than ever before. In paintings and books, they featured as an indispensable part of domestic life. It’s perhaps no surprise then that people like Jane Welsh Carlyle began to wonder if they would see their pets again in heaven—speculation that set up a battle with the Bible.

That’s a topic historical geographer Philip Howell tackles in a paper entitled “A Place for the Animal Dead: Pets, Pet Cemeteries and Animal Ethics in Late Victorian Britain.” On the question of animal souls, he writes, the Bible seemed clear: Only man could ascend to heaven; animals were “the beasts that perish.” But the good book offered just enough wiggle room that pet lovers could keep hope alive. Of sparrows, said Luke, “not one of them is forgotten before God.” And in Psalms, God declared that “every beast of the forest is mine.”

This may explain why, by the end of the nineteenth century, owners began burying their pets in official cemeteries, rather than disposing of them, as Howell writes, in “the river or the dust heap.” An 1888 article in the New York Times reports the story of a Mrs. Mary A. Bell, who asks that her dog be interred in the Bronx’s distinguished Woodlawn Cemetery. The befuddled undertaker contacts an “astonished statistician” at the Board of Health, who eventually grants a permit. Mrs. Bell then places the canine (which was being kept on ice) in a casket—”similar to one that would be used in the burial of a child… covered with embossed velvet and lined with heavy white satin”—and lays him to rest in a plot that she intended for her and her husband to eventually be buried in. In life and in death, pets were being treated just like people.

Eventually, pets would get their own cemeteries, first in Europe, then in America. At the turn of the twentieth century, a Manhattan veterinarian allowed a client to bury her dog in his apple orchard. When the burial was publicized by a reporter friend, the vet was deluged with requests from other grieving owners. The land became the Hartsdale Pet Cemetery and Crematory, today the final resting place of nearly 70,000 animals.

For many pet owners, the battle with the Bible had been resolved. “Shall He whose name is love, Deny our loving friends a home above?” read the Victorian tombstone of a dog named Tiddy. “Nay, He who orders all things for the best, In paradise will surely give them rest.” And in her bestselling 1883 novel, Beyond the Gates, American author Elizabeth Stuart Phelps Ward imagines a trip to the great beyond that finds a familiar face. “We stopped before a small and quiet house,” she writes. “It as shielded by trees… There were flowers… and I noticed a fine dog sunning himself on the steps.”

Heaven was finally read for pets. Cats and dogs had their souls back.