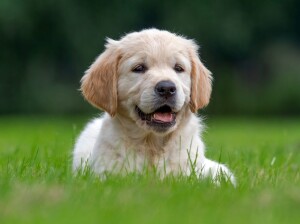 You have a remarkable skill you’re probably not aware of: You can read other people’s minds. No, you’re not a telepath, but you do have a general sense of what someone else is thinking. If someone approaches you with a baseball in their hand for example, you can quickly deduce whether they mean to throw it to you–or bean you with it. You know their intentions, and you know that their thoughts are separate from your own.

This is a skill known as “Theory of Mind”. On it’s most basic level, it’s our ability to tune into the thoughts and intentions of others. Scientists have seen signs of Theory of Mind in non-human primates, birds, and even dogs, though the abilities in these animals don’t seem nearly as complex as they are in humans.

A new study provides a bit more evidence that our canine pals may have a rudimentary theory of mind. When a researcher offered a series of dogs a piece of sausage, but then either “clumsily” dropped the treat or snatched it away purposefully at the last second, the dogs were more likely to walk away in the latter instance. This suggests that dogs understand our intentions, as I write in a new article.

Pups also understand what we mean when we point at something–a skill some have also attributed to Theory of Mind.

Put together, the evidence is growing that our canine pals have some conception of what’s going on in our heads. That’s not terribly surprising–how else could they make sense of all of the seemingly strange and random things we do? After all, when you’ve lived with another species for about 20,000 years, it pays to have some sort of mind meld. No telepathy required.