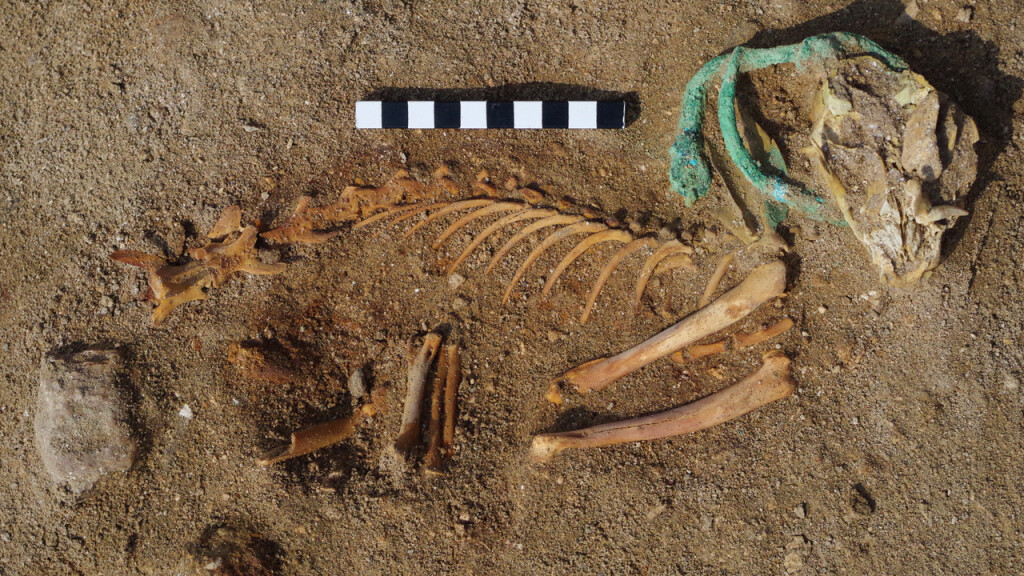 Ancient pet cemeteries are rare. Archaeologists do find dog and cat burials, sometimes dating back 10,000 years or more. But these creatures are typically interred alone, or with people, in one-offs–not in a dedicated burial ground. Researchers have also unearthed dozens of cat mummies and hundreds of dogs in single locations, but these appear to have been ritualistic burials; the animals were sacrificed or being honored for some sort of spiritual reason.

So a new find of nearly 600 cats and dogs buried in southwestern Egypt in what appears to be a bona-fide pet cemetery is exceptional. The animals were interred in single graves over the course of about a hundred years–from the mid 1st century to the mid 2nd century CE–and they were not sacrificed nor mummified. Instead, they appear to have been lovingly buried, often with collars or other jewelry, and protected by textiles or pieces of pottery. Many also appear to have survived sometimes serious injuries and disease, implying that people at this site–known as Berenice–may have cared for them much like we care for our pets today.

That’s especially remarkable, because this is a period of human history when pets are typically seen as working animals. And the residents of Berenice–merchants, slaves, and soldiers–would seem to have had little time for pet keeping, especially in this rough, isolated region. Did they love their cats and dogs because they hunted mice or guarded their homes? Or did they have a deeper, non-utilitarian connection with them, like many of us do today? With more research, such questions may not be lost to the sands of time.