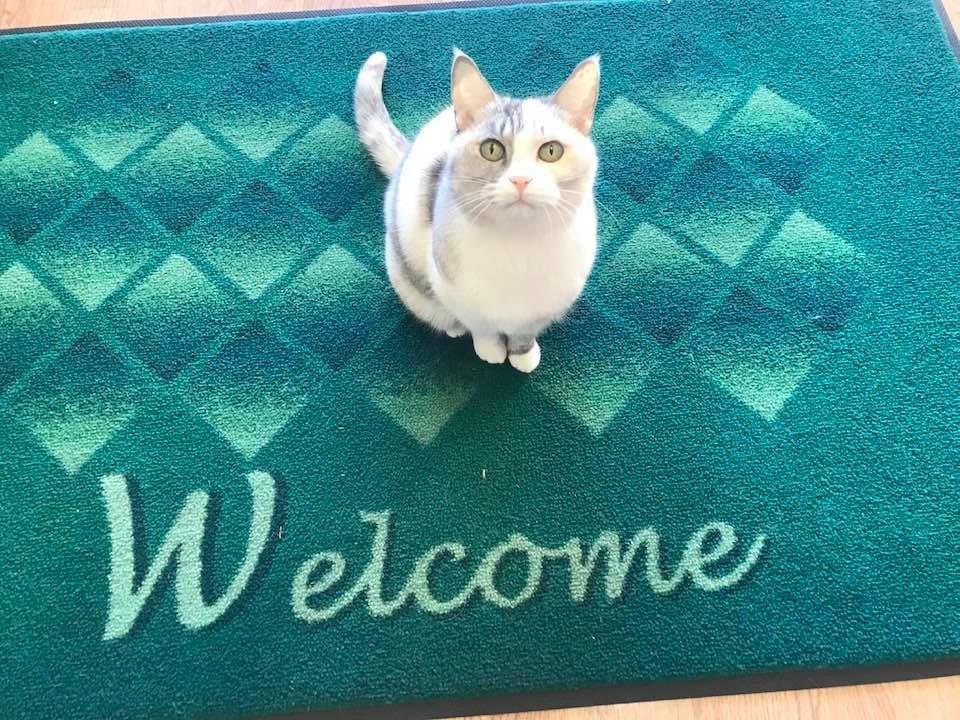 Studies on the feline mind are few and far between (here’s why), so  I always get excited when a new one comes out. And this new one is a lot of fun: an experiment that shows that cats can imitate people.

The find was reported earlier this month in Animal Cognition, and I wrote about it last week for Science. On the surface, it doesn’t seem like a big deal: An owner trained her cat–Ebisu–to repeat her actions (using the “Do as I do” paradigm that has been successful with dogs), and then tested whether the feline could imitate two new behaviors: touching a cardboard box with her paw and rubbing her face against the box when her owner did the same.

The vast majority of the time, the cat copied her owner’s actions. Even though it’s only a one-cat study (what scientists call an “N of 1″), it suggests that not only do cats have the ability to imitate people (a rare find so far in the animal kingdom), but that they can “map” their owner’s body parts onto their own.

I’ve already received a few emails from readers telling me about their own cats doing the same. Got your own story? Drop me a line!