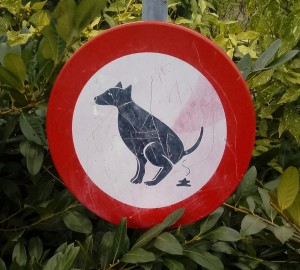 I always enjoy writing about cats and dogs, but I had an especially good time covering this story on ancient dog poop for Science last week.

Here’s the gist: A team of molecular archaeologists (cool job!) had spent six years collecting ancient human feces (recovered from archaeological sites) around the world, in hopes of figuring out how the diet of our species has changed over time. (Such changes are reflected in our microbiome–the vast populations of bacteria that inhabit our guts–and they show up in our poop.). But when they began analyzing their specimens, the data didn’t seem human.

So they created an artificial intelligence program to help them sort human poop from other types of poop. The upshot: A remarkable number of their samples weren’t from people–they were from dogs. In one especially surprising case, feces recovered from a 17th-century chamber pot had been made by a canine. How it got in there, no one knows.

So why is so much dog poop showing up in places where we would expect to find human poop? One obvious answer is that dogs have lived in close quarters with us for thousands of years, even if we haven’t shared our beds with them until recently. Another explanation: Dogs, unlike humans, are more likely to poop out in the open, where a quick dry from the sun might help preserve it.  So a lot more dog poop may be being preserved than human poop.

Whatever the reason, an analysis of these ancient canine feces could reveal important shifts in the human-dog relationship over time. The wolf ancestor of dogs subsisted on a purely carnivorous diet. And early dogs would have too. But as we settled down and began cultivating different types of food (and feeding these scraps to our dogs), our canine companions would have begun to become more omnivorous. First their diet would have changed. Then their microbiome would have changed. And finally, their genes would have changed to adapt to this diet. (We already know that dogs have evolved multiple copies of the gene for amylase, a protein that breaks down starch.)

All of these changes should be reflected in ancient dog feces, allowing us to trace some of the most important timepoints in dog history–all thanks to a bunch of ancient poop.