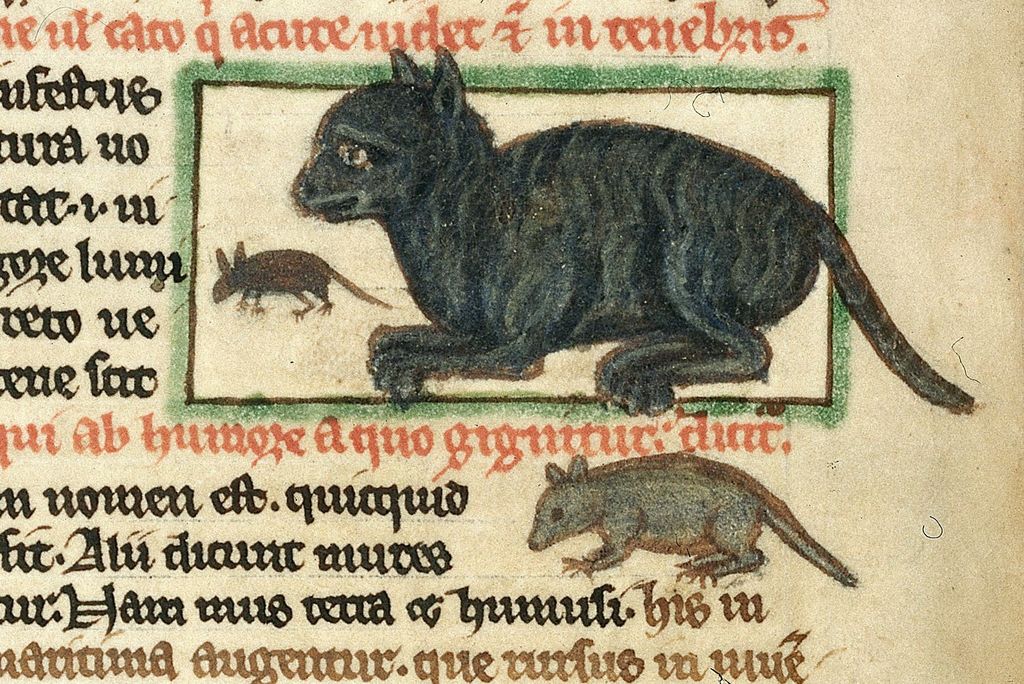 As we all deal with the new coronavirus, SARS-CoV-2, I’ve been reminded of another plague: The Black Death, the most devastating pandemic the world has ever seen. By some estimates, as much as half of Europe’s population perished, and more than 100 million people died across the globe.

As I write in my book, Citizen Canine, some scholars believe that cats could have prevented the plague. That is, if Medieval Europeans hadn’t nearly wiped them out.

The hysteria appears to have begun in 1233 AD when Pope Gregory IX vowed to stamp out what he viewed as the growing threat of paganism in Europe.  As I write in my book:

In his Vox in Rama of 1233, the Pope warns German bishops about an evil in their midst. He describes the initiation ceremony of a cult that meets in caverns beneath homes. The followers light candles and chant. Eventually, he claims, “a black cat… with an upright tail descends backwards down a statue, which is usually at the meeting. The postulant first kisses the cat’s rear, then [so does] the master of the sect, and then the other individuals who are worthy of honor and perfect… Then they face the cat in turn… and say, ‘We know the master… and we obey to you.’” … Finally, a strange creature appears. “His upper body shines with rays brighter than the sun, the lower part is hairy like a cat.”

Gregory IX authorized the use of any and all force to rid Europe of these witches. “No vengeance against them is too harsh,” he wrote. The fate of the cat was sealed. Now seen as an incarnation of Satan, Europeans slaughtered them by the thousands. People stoned them, drowned them, and burned them at the stake.

In Classical Cats, historian Donald Engels estimates that by 1700 tens of millions of the animals had been massacred throughout Europe. In some villages it was impossible to find a cat, and black ones were virtually unheard of. Felines are master hunters, and without enough cats around, Europe’s rodent population exploded. Plague-carrying black rats swarmed the continent and grew to unprecedented size.

So could cats have stopped black rats, and the spread of what came to be known as “The Black Death”? We may never know. But I’m still grateful to have my two little demons at home.