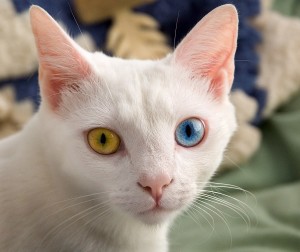 Ever since I wrote a Q&A on pets and coronavirus a few weeks ago, I’ve gotten a lot of emails (and some tweets) from concerned pet owners. They want to know whether their pets can get the new virus, SARS-CoV-2, and whether there’s any chance they can pass it on to humans.

The short answer is: it’s very unlikely. There is currently no scientific evidence that pets can pass COVID-19 to people, and very little evidence that cats and dogs can become infected with the coronavirus.

Here’s what we know so far: Two dogs (both in Hong Kong) and one cat (in Belgium) have tested positive for SARS-CoV-2. All lived–or had close contact–with covid-positive humans, so experts suspect they got the virus from people. And this week, researchers showed that cats could become infected with SARS-CoV-2 and pass it on to other cats–but the research was done in artificial laboratory conditions, and experts are skeptical it would translate to the real world.

Given that there are hundreds of millions of cats and dogs in the world, there is no evidence so far that human-to-pet transmission is a widespread problem. And there is zero evidence that pets can transmit the virus to people. The U.S. Centers for Disease Control and Prevention (CDC) and other health agencies say the same.

At the same time, veterinarians want more information. Several labs have developed tests that could determine if a dog or a cat was infected, but none are in widespread use because the U.S. Department of Agriculture has recommended against it. Experts also say that–given the scale of the human problem and the lack of evidence on the pet side–the focus of testing right now should be on people.

All of this could change if more evidence comes out that pets can become infected or transmit the virus. But, for now, “It’s really important that people don’t panic,” as the CDC told me. And DON’T ABANDON YOUR PETS. In these scary and isolating times, they need you–and you need them–more than ever.